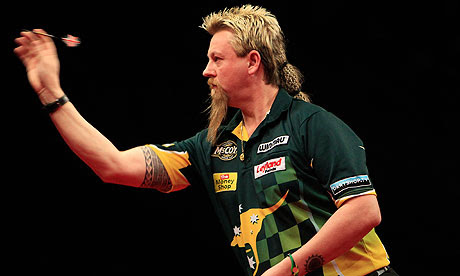 Declan McCormick: Hello Simon, thanks for giving up your time to answer a few of these questions. Your form has been good this year, do you feel like you are returning to your excellent best that we all saw when you moved to the UK?

Simon Whitlock: I think I could’ve done better this year but I’m getting there. I have changed a few things with my set up and I always knew that it might be a case of taking a step back before I can move forward. I feel like I’m on that upward curve now though and I’m looking forward to the rest of the seasons.

Declan: We are approaching the final string of tournaments in a busy few months leading up to the World Championships, what targets have you set for the remainder of 2015?

Simon: I haven’t really set any specific targets in terms of results this year. I just want to keep improving and get back to where I was a couple of years ago and I believe that if I keep doing what I’m doing then I can be even better.

Declan: You have changed your darts on several ocassions over the past few years, are you confident in your current setup and do you plan on keeping it the same for the foreseeable future?

Simon: I knew I had to make a change and I will be sticking by it. I just need to keep playing to get used to the new set up so I plan to keep it as it is as I know I can play a lot better with more practice.

Declan: The World Series was a fantastic event to watch and it is putting darts on a global map. How does it feel to play in front of your home fans who see you as their darting hero?

Simon: I really enjoyed playing in the World Series. It is always great to go back to Australia. The game there is in good shape and is getting even better. I always get a good reception in most places luckily, but I always get goosebumps in my walk-ons in Australia.

Declan: You have had some memorable experiences since you burst onto the PDC scene in 2010 most notably being runner up in the World Championships when being unseeded and registering a 9-darter in the Premier League, but what has been your proudest moment so far?

Simon: I think the nine-darter in the Premier League has to be up there and I am proud to have reached the World Championship final but my proudest moment is definitely winning the European Championship in 2012. Not that many players win majors in the modern age of darts with so many good players around so I’m so pleased to have achieved that.

Declan: Thanks for your time Simon and good luck for the rest of the year.

Email ThisBlogThis!Share to TwitterShare to FacebookShare to Pinterest
Labels: interviews